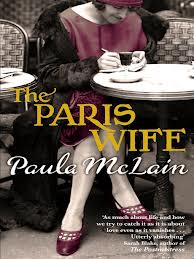 Reading this book is a very heartbreaking experience. So if you don’t like a sad ending book, better leave this book alone. Especially if you love Ernest Hemingway so much and do not want to know his dark side. This book is based on Hemingway’s life, albeit there were some fictional details added into it. The story is mostly about Hemingway’s first wife, the woman he married before he became famous.

Hadley Richardson was a shy girl from St.Louis, with a sad family background. She met Ernest Hemingway in 1920s when she visited her old friend Kate in Chicago. After only a few months, Ernest asked her to marry him, and not long after the wedding, they went to Paris. In this city many American writers climbed the stairs to the fame universe, and Hem decided to join the club.

He tried to write something remarkable while still working as a journalist to get some money. Despite the hard life, Hadley kept supporting Hem. They met many wonderful characters, among them were James Joyce and Scott Fitzgerald (both were quite famous at the time), and it’s interesting to imagine the friendships of all these famous writers.

When Hem finally made it, their marriage started to deteriorate. Distance kept getting bigger and bigger, especially after Hadley gave birth to their son Bumby. Hem was not a fatherly figure. He loved booze and women more. The climax of their ruined marriage came when Pauline, Hadley’s friend of friend, entered their life. The affair started without Hadley realizing it, and she felt more and more insecure. She loved Hem so much and became really dependent on him, she can’t imagine to live without him. Don’t get it wrong. Hem loved Hadley too, but his complicated mind needed more than a faithful and loving wife to occupy his life. He wanted more than that, he wanted them all.

This story is told from Hadley’s point of view. Her voice was quiet, sensitive, and insecure. She knew from the first time that she loved Hem more than he could love her, and all she could give was her everlasting support- including when Hem wanted to dump her for another woman. Is it sad or what? Is it true, the only way to love unconditionally is by letting go when you feel there’s nothing else you can do? What is the meaning of the marriage, then? Of faithfulness and loyalty and all the promises you made?

The way people in this book (including Hem’s writer friends) treated marriage and relationships made me sick. And although some parts in this book are fictional, I can’t help but imagine that those were true. Especially when Pauline came into the Hemingway’s household and clinging there without shame. Even stayed in the same house with the family and slept with Hem with Hadley knew it all. The saddest part is: Hadley endured the hard time when she had to support Ernest, but after he became more and more successful, he dumped her for another woman. (Remind me a bit of Soekarno and Ibu Inggit’s story).

The only thing that could cheer me up after finishing the book is knowing that Hadley finally found the man of her life- while Ernest, he kept looking for the better ones, and failed. Probably there is nobody that actually better than The Paris Wife.

“He was solid and even and had that wonderful stillness all the time.I knew he would love me forever and not ruin me, not even a little. I just had to let it happen” (Hadley, about meeting Paul Mowrer, his second husband whom she spent her remaining years with.)

And for you who want to know why on Earth all women seemed very interested in Hemingway, please check out this photo:

This post is submitted for Posting Bareng BBI Tema Romance.

22 thoughts on “The Paris Wife”