Category: A book about Black history in America

Kategori: A book by or about a journalist

Category: A book with a month or day of the week in the title 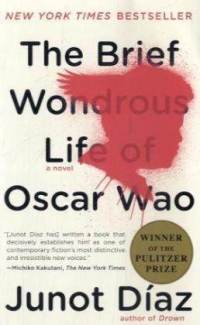 Bought at: Drive Books Not Cars

This is a brilliant and compact story about a boy, who believed that his life was surrounded by Fuku or curse, started way way back from the previous generations in Dominican Republic. Oscar (who got the nickname Oscar Wao because of his obesity) is a nerdy boy, doesn’t have any friends, never been kissed (and been laid,of course) by any girl, and obsessed with science fiction.

The fact that he is a Dominican who lives in New Jersey and easily falling in love with girls doesn’t make anything easier. But instead of making Oscar’s story as a typical bullying theme, Junot Diaz brilliantly combined Oscar’s sad life with interesting historical background: The Fuku, or curse his family faced from a long time ago, since the first time Oscar’s grandfather messed around with Trujillo, the famous dictator of Dominican Republic.

From here, the story revolves around Oscar’s family: from his grandfather, a genius doctor who was accused being a traitor and having his life ruined in prison (by Trujillo, of course); then Oscar’s mom, who lost her parents because of Trujillo and unfortunately facing another problem with one of Trujillo’s family member. Then finally Oscar, who has lived in America all his life but still becomes a true Dominican who believes in the Fuku. Can he escape the curse and live a happy life? Or will he become another victim of Trujillo’s famous curse?

The narrator of this book is one of Oscar’s very few friends, who is also a science fiction fan, so don’t be surprised if there are lots of references from The Lord of The Rings and other sci-fi books (along with so many footnotes about Dominican Republic’s historical background, complete with its gruesome details). The flowing words coming out from the narrator’s mouth are very packed, sometimes rude (reminds me a bit of Holden Caulfield from The Catcher in The Rye), with sarcasm tone here and there. But the craziest thing is, I started to believe about the curse- and hated Trujillo with all my heart! That how strong Diaz’s writing is, and I’m not surprised his first novel won the Pulitzer prize. 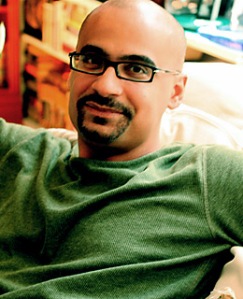 Junot Díaz was born in the Dominican Republic and raised in New Jersey. He is the author of the critically acclaimed Drown; The Brief Wondrous Life of Oscar Wao, which won the 2008 Pulitzer Prize and the National Book Critics Circle Award; and This Is How You Lose Her–> in my wishlist now!, a New York Times bestseller and National Book Award finalist. He is the recipient of a MacArthur “Genius” Fellowship, PEN/Malamud Award, Dayton Literary Peace Prize, Guggenheim Fellowship, and PEN/O. Henry Award.  A graduate of Rutgers College (Same college where Oscar went to!), Díaz is currently the fiction editor at Boston Review and the Rudge and Nancy Allen Professor of Writing at the Massachusetts Institute of Technology.

Rafael Leonidas Trujillo Molina (October 24, 1891 – May 30, 1961), nicknamed El Jefe ruled as a dictator of the Dominican Republic from 1930 until his assassination in 1961.He officially served as president from 1930 to 1938 and again from 1942 to 1952, otherwise as a military strongman remaining the de facto ruler of the country under figurehead presidents. His 30 years in power, to Dominicans known as the Trujillo Era (Spanish: La Era de Trujillo), is considered one of the bloodiest ever in the Americas, as well as a time of a classic personality cult, when monuments to Trujillo were in abundance. It has been estimated that Trujillo’s tyranical rule was responsible for the death of more than 50,000 people, including 20,000 to 30,000 in the infamous Parsley Massacre.

Fuku: Is It Real?

There is no proof that what Junot Diaz wrote about Fuku in this book is real. Every culture has its own “fuku”, belief about curse and supernatural events. Turned out, what happened to Oscar is not about Fuku at all. It’s about choices people in generations chose for their lives – and how it could impact the next generation.

Note: this posting was written for “Posting Bersama” with BBI on Pulitzer books.

I’ve never thought that I could finish this book, and actually like it. Why? Because it’s dry, dark, depressing, and really really slow. It’s surreal but also too real at the same time. It made me think of death, end of the world, end of human civilizations. It’s probably one of the scariest books I’ve ever read.

But it’s worth it. Big time.

This is a story about a man and his son, traveling across what’s left on the United States, when the world is near the end. The land was badly burnt, no animals or plants survived. No sign of life. The man and boy walk only with a trolley (contained of leftover food), a gun to defend themselves, and their clothes.

They try to reach the south, even though they don’t know what they will find there. They hide from other men, bad people who are desperate enough to eat another human being. They try to survive this crazy world even though they don’t know if that’s better than just die. What’s the point of living in a dead world? Where humans are not really different than animals? Is it better to just shoot yourself because you are going to die anyway?

This is the struggle the man has inside his heart. But he tries so hard to convince his son about his principle: good people always try, no matter what. They never give up.

This is my first experience reading McCarthy’s book, but I have watched No Country for Old Men (adapted from his book), and The Road has the same atmosphere: silent, slow, the tension gradually built without you realizing it. Even the dialogues are silent, there are no proper quotation marks, sometimes you must guess who’s actually speaking. Although there are no zombies or aliens in the story, this book is definitely scarier than any zombie stories. Because this could really happen, ordinary humans lost their hopes and become desperate because the world is broken.

But you can feel a slight of hope in this book, when the man teaches his kid to be brave, to face the world and never give up. It reminds me that faith and hope will never die, and courage and bravery will be there in good people’s hearts =)

NOTE: This book won Pulitzer Prize in 2007, and adapted in the movie in 2009, staring Viggo Mortensen as the main character. Will definitely check out the movie, but am afraid I can’t stand the scene about cannibalism.

Because of this book, Cormac McCarthy was also declared as one of “50 people who could save the planet”.  British environmental campaigner George Monbiot wrote in an article, “It could be the most important environmental book ever. It is a thought experiment that imagines a world without a biosphere, and shows that everything we value depends on the ecosystem.”

Living in one of the most polluted cities in the world, I can not agree more. Imagine if you have to breathe in the dust every day of your life!

This is an epic story about a Greek family, and how a decision in the past could follow the life of the next generation. Calliope Stephanides was born in 1960 as a girl, and raised as a sweet little girl by her loving mother and very busy father. Calliope is not an ordinary girl though, because when she grew up, she found something unusual in her body (her female part, to be exact). Lacking of certain chromosome due to a family history, Calliope was finally reborn as a man named Cal when she (or he?) turned 14.

Cal brought us back to 1922, tracing his (okay, I’m gonna use HE for Cal from now on) grandparents life from Turkey until they became immigrants in the U.S. We could see  how they coped with the strong Greek roots, struggled in new country during the Depression era, and created the new generation with fear of their old sin.

Cal lead us into his story with beautiful sentences, until we could enter his mind and heart, feel his ache and sorrow, his fear and confusion as an outcast. This is a very long book, but strangely, I didn’t feel the length. Every page was beautifully written, especially we can see the cleverness of Eugenides when he changed the narration from Calliope to Cal. From the soft, naive and hesitant little girl, the narrator was transformed into a cooler, distant version of a man who had an unforgettable metamorphosis. The transformation is so perfect, I felt like I’ve known Calliope and Cal for the rest of my life when I finished the book. And although this book has a really heavy sexual content, it doesn’t feel erotic or sexy at all. It just feels scientific =) No wonder Middlesex won a Pulitzer.

Since I read the translated version, I also want to give appreciation to the translator (Berliani Nugrahani), who did an excellent job translating this poetic yet difficult book into a still beautiful (and feels like effortless) Bahasa Indonesia.

I am so totally gonna check more Eugenides books!!!

ps: if you wondered why I wrote in more English lately, well it’s because of the TBR Challenge!!! I actually missed writing in Bahasa Indonesia. But I need to write in English in order to submit my review (and have a chance to win the prize!). So please bear with me, and wish me luck okay! =)

This is my first experience reading a Pulitzer winning book. I haven’t even read The Road or Middlesex yet, although both of them had already been translated into Bahasa. So I was quite surprised when I read Olive Kitteridge. The story is very simple, but deep, and the language is also easy, in a good and beautiful kind of way.

Olive is a retired teacher who lives in a coastal town in Maine. Along 13 short stories in the book, we are taken to see the lives of various people in the small city. We met Henry, Olive’s quiet and nice husband; Christopher, Olive’s son who she protects too much; and many neighbours, including Olive’s former students.

In each story, we could feel the presence of Olive, sometimes in a very strong way, and sometimes only in a slight moment, as a background of the main character’s tale. But still, Olive, in her unique way,  fascinating yet a bit eerie, could see through everyone’s story, deep inside their gloomy hearts.

This book is quite depressing, very dark and sad, but you could be brought right there, imagined yourself living in the beautiful coastal town, with so many sad but interesting people around.

I could say that this is a good first experience for me with Pulitzer book, although while I read in some websites, Olive Kitteridge turned out not becomes the expected winner. Anyway, the price of the book is not expensive also. So I will recommend this to anybody who loves good and dramatic storyline, with beautiful background and memorable character.