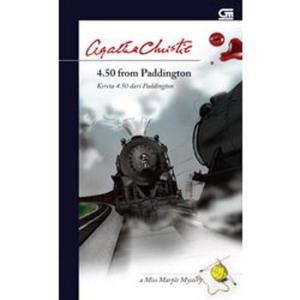 Nobody believed Mrs. McGillicuddy when she said she saw a woman was murdered in the train that ran alongside her moving train. Nobody, but her smart, witty and faithful friend, Miss Jane Marple. Even though the body of the woman was not found, Miss Marple believed that there was indeed a murder happened in that 4.50 train from Paddington.

Finally, she asked help from Lucy Eyelesbarrow, an efficient and multi talented young woman to investigate the surrounding area where the murder in the train took place. Lucy’s investigation brought her to the estate owned by Crackhenthorpe family. This old, eccentric family was really interesting and Lucy was sure that they had been involved in the murder. But which one was the guilty one? Was it the patriarch of the family, or one of his children? The sleek businessman, the womanizer scapegoat or even the cool calculated daughter?

This Miss Marple book is actually one of the most refreshing, because Lucy Eyelesbarrow is a very likable sidekick. Sure Miss Marple is old, too old to do her Sherlock stuff alone, but Lucy creates a whole different atmosphere to the usually old fashioned style of Miss Marple’s story.

The ending of the story: the murderer, how Lucy and Miss Marple solved it, and the reasons of the murder -although still a bit old fashioned- were great, pretty unpredictable and surprising. Miss Marple, even though didn’t have too many roles in the book, still the one who could reveal the mystery and catch the murder off guard. She’s a total badass!

It’s a bit unfortunate that Agatha Christie didn’t write any other stories featuring Lucy Eyelesbarrow. She added a fresh air to Miss Marple’s case and made the book far from boring. I wonder if Christie actually planned to use Lucy in her other books.

Originally published in the US as What Mrs McGillicuddy saw!, all the American editions feature a train departing at 4.54 from Paddington rather than 4.50. The train time (and title) of the Collins edition was changed many times before 4.50 was confirmed. (Christie, who sometimes received letters from readers pointing out inaccuracies, was assured that no actual train left Paddington at this time.) 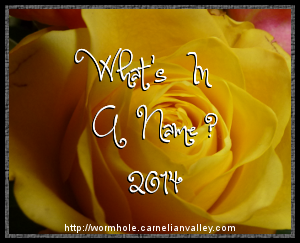 4 thoughts on “4.50 From Paddington by Agatha Christie”