The Story
This book was told from Scott McGrath’s point of view, a veteran investigative journalist whose career was ruined after he failed to write an in-depth article about Stanislas Cordova, a mysterious cult film director who hasn’t been seen in public for more than 30 years.

Scott’s chance to fix his reputation came when Cordova’s daughter, Ashley, found dead in an abandoned warehouse in Manhattan. While the authority said it was a suicide, Scott was convinced that there’s something wrong with Ashley’s life, especially related to how Cordova raised her. Too many tragedies happened to the family, it’s hard to believe that all were just coincidences. And so many rumors and myths surrounding Cordova and his family (nobody in real world had met Cordova, and the one who had the honor did not want to talk about him)- it seemed impossible to even start the investigation.

Helped by two complete strangers, Nora -a girl from Florida suburb, and Hopper, a troubled guy who had known Ashley in the past, Scott jumped into the crazy world of Cordova- where fiction from his movies and the reality of his life- seemed to stumble with each other. Nothing is certain, nobody is trustful- everything is a complete haze. And there are dangers everywhere they go.

The Bonus
Apart from the delicious mystery plot, there is an extra bonus along this book. Pictures, articles, forum chat rooms from the internet, all were made in a very convincing way to support the story. There’s even a special feature article, written as if by the famous time.com, complete with photos and very accurate format.

a very convincing article from time.com

Pessl has built Cordova’s life as if he’s a real person, a crazy combination of Quentin Tarantino and Stanley Kubrick probably (check out this article about crazy movie directors and you’ll know what I mean), with real cult movies and real fanatic fans. Pessl also mentioned the title of movies Cordova made, and how they affected people, all the tension and gory details, scary plots and bizarre endings. Even the actors didn’t want to talk about their experience! To make it more real, Pessl even told us some of the movie plots and secretly I really wanted to watch them- even though they are not real! 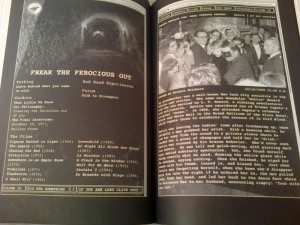 My thoughts
Another brilliant, dazzling masterpiece, beautifully crafted by Pessl’s magical mind. When in her first book she still had this “trying too hard” feeling- a bit too pretentious and ambitious in some part, here in her second book, she is more mature, brilliant without being too complicated.

I love the ending- the absurd feeling of “is this real?” Just like watching Cordova’s movies (I guess!). The characters – even though they’re not as lovable as Blue Van Meer from her debut novel- are quite OK. Nora is a bit annoying but I love Hopper and really hope he’s been exposed more. Scott can draw my sympathy with his failing career and life, even though sometimes he’s too pathetic for me.

And the New York City setting feels so right, helps to build the story so well. From the obvious places like Central Park or Waldorf-Astoria to the hidden secret places, like the magic shop and secret club, I can’t help but love NYC more after I read this book 🙂

The fact that Pessl used “Astrid” as the name of one of the characters is just another bonus! I can say that Marisha Pessl is one of the very few of my fave authors who hasn’t disappointed me so far. Can’t wait for her next work! 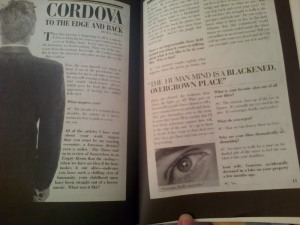 Marisha Pessl grew up in North Carolina, and currently living in New York. She worked in PricewaterhouseCoopers and wrote her first novel while working there. Her works are influenced by Agatha Christie, Truman Capote, David Lynch and Woody Allen (among others). She loves to watch old movies and her favorite TV Series is Breaking Bad. Night Film is her second novel (and I hope there will be more coming soon!)