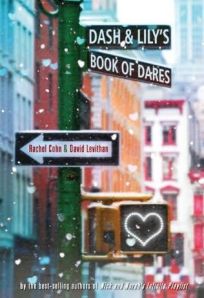 Dash spends this Christmas alone in New York. He lied to both of his parents (who already divorced) that he would spend Christmas with the other parent. Dash hates Christmas, all the commercialism and people who get really consumptive. Christmas is overrated, and Dash doesn’t really want to be a part of the festivity.

Until he knows Lily. Lily loves Christmas, all the jolly-holiday spirit, she even has her own caroling group. Sadly, her family will not get together this year. Her parents decided to have a Christmas-Honeymoon-Vacation to Fiji, her grandfather visiting his so-called lover in Florida, and Lily was left behind in New York with his brother Langston, who is too busy taking care of his boyfriend and not really pay attention to his little sister.

To distract Lily from her Christmas-blues, Langston created a “game”, involving a red moleskin notebook with dares and clues written inside, waiting to be found by a boy in Lily’s favorite bookstore, Strand. And a boy named Dash did find it, playing along happily. They take turn writing down clues and dares and leave the moleskin in iconic places in New York. Boy oh boy, what a wonderful holiday indeed =)

This is a light holiday read and I’m glad I read it during my Christmas break. Filled with warm Christmas-y feeling, without being too cheesy. New York City in Christmas has always been my weak spot. I can imagine the crowded Macy’s, people skating in Rockefeller, and the holiday atmosphere in the Big Apple. Arghhhh…I miss New York so much!!!

The dialogues between Dash and Lily are smart and witty, although in some part it seems too heavy for 17 years old kids =D  And it reminds me a lot with Nick & Norah’s Infinite Playlist (also with the same authors), so I think it’s just a matter of time until this charming story turns into a movie =) All in all, a good book to close a great year. (and look at the dazzling cover!!!)

Happy holidays to all of you, and have a great Christmas & New Years!

ps: this book is my #BBI project for December: reading a Christmas book. It’s fun! 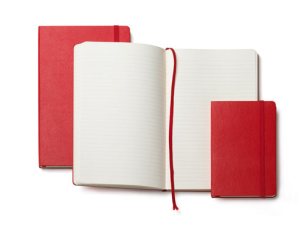